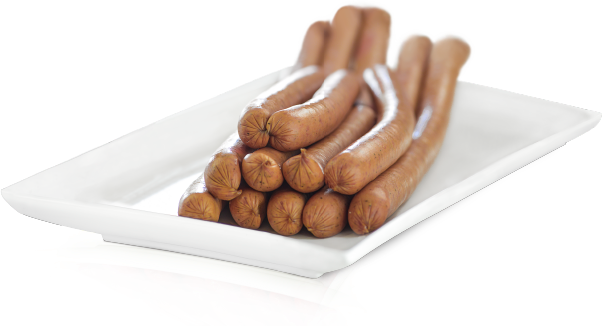 The Globus team at our Bankstown factory recently held a barbeque to support our farmers currently affected by the prolonged drought. 100% of the funds raised went to this very worthy cause.

Our fund-raising efforts were greatly assisted by the support of Fettayleh Foods and the Georges Hall IGA who donated supplies for use on the day. Thanks to everyone who helped organise the lunch and who assisted on the day. After over 30 years of operating from the same factory in Seaview, Globus Group New Zealand has relocated to a new purpose-built factory and office premises in Hutt Park Road, Lower Hutt. The new location is only a short distance from our old site, so is convenient for staff, customers and suppliers alike.

The New Zealand Sales Manager Peter Ayson said the new premises will serve Globus and their customers well for many years to come. The new premises include a fully equipped workshop, a temperature-controlled storage facility and purpose-built production capabilities. The move took place in late June, and the site is already fully operational. Peter thanked all the New Zealand staff who assisted in making the move as smooth as possible and would welcome any customers who would like to drop in for a tour of the new premises. Globus Group is pleased to advise that Peter Ayson has been appointed as the New Zealand Sales and Marketing Manager. Peter currently works in Auckland, but will be relocating to Wellington in October, and will start with Globus later that month.

Peter will be working with Michael Faure, the Group Sales and Marketing Manager, and the New Zealand Account Managers to grow New Zealand sales, and will also oversee the relocation of the Seaview operations to our new premises in 2018.

Peter joins Globus at an exciting time, and we believe he will be a valuable addition to the Globus team in New Zealand, and an asset for the business and our customers alike.

Posted in Latest News, Our People 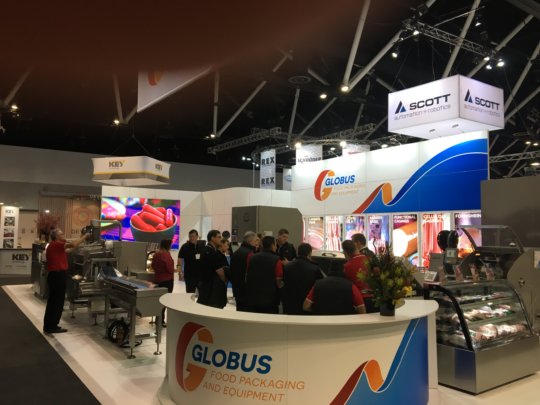 Foodpro ran for 4 days in July at the new Sydney exhibition centre. The Globus stand was busy with customer visits throughout the show. If you didn’t get a chance to visit us, take a look at the 3D tour RIGHT HERE. The most recent assessment of Globus Group’s performance in meeting the objectives of the APC has recently been completed and covers the year ended 31 December 2015. Globus achieved an average rating of 3.8 against the average achieved across all APC signatories of 3.2 which is a fantastic outcome. It demonstrates that the initiatives Globus Group has pro-actively driven in recent years in reducing our energy use, maximising recycling and reducing waste are all having a positive effect on our business and our environment.

Globus Group will continue to work to achieve the APC’s goals of supplying our customer base with smarter packaging, reducing our waste and ensuring our working environment is as clean as possible.

Globus Group is pleased to advise that we have been awarded Level 3 certification in the Sustainable Green Print programme run by the Printing Industry Association. This certification is the highest level possible, and recognises our efforts to be an environmentally sensitive and responsible company. The certification compliments our accreditation under ISO 14001: Environmental Management Systems and as a signatory to the Australian Packaging Covenant, and puts Globus Group at the forefront of the packaging industry’s efforts to ensure we are as efficient and environmentally responsible as possible. Globus Group is pleased to announce the official opening of our new purpose built warehouse in Sydney.

The warehouse was built to Globus’s specifications by our landlord Bankstown Airport Limited (BAL), and completed on time by the main contractors Full Tilt Constructions.

The Directors of Globus Group hosted an official opening ceremony on site on Tuesday 6 October 2015, which was attended by Globus Group staff in Bankstown as well as representatives of BAL, Full Tilt Constructions and a number of our local business partners. The Mayor of Bankstown City Council, Counsellor Khal Asfour also attended.

After considering leasing options for forklifts and other equipment, the warehouse will be fitted out with a large cool room facility for storage of temperature sensitive stock and provides much needed space to cater for the continuing growth of the Globus Group’s business in Australia.